How to Make Your Job Transition like Elon Musk 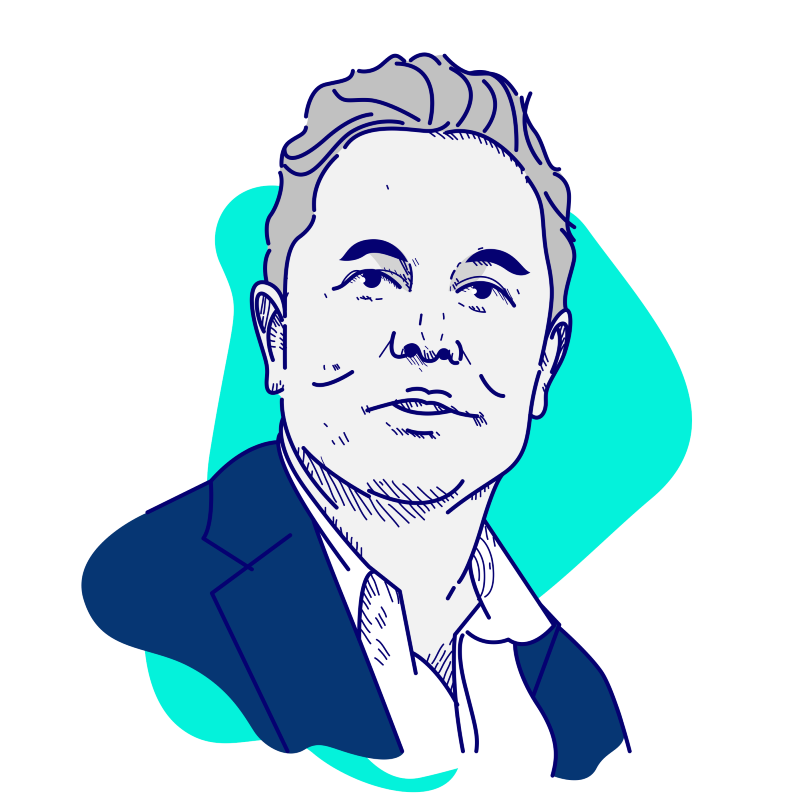 Elon Musk made several job transitions before becoming the superstar entrepreneur he is today.

Musk was an introvert with anxiety who grew from a bullied child in South Africa to one of today’s wealthiest and most successful entrepreneurs.

Here’s insight on how he powered through career transition challenges and setbacks to manifest his Career Destiny.

In this article, How to make your job transition like Elon Musk, you will discover

Elon Musk made several career transitions in his early days on his way to becoming one of the most successful, wealthiest people in the world.

His net worth is over $190 Billion as of early 2022. He is a world-renowned entrepreneur and CEO of Tesla.

Musk’s nimble transition from one career path to the next can give you insight on maintaining  the fighting spirit in your own job transition.

Witnessing Elon Musk’s proven ability to bounce back from every detour and setback in his life is truly is something to be admired.

There are consistent patterns of Musk being proactive and making something positive happen when his career path transitions faced challenges and setbacks.

Being an introvert with anxiety was one challenge he overcame early on. Growing up, Musk was physically bullied relentlessly in school for being smaller than average and having a mild speech impediment. This made him fall back on his books as a distraction and to learn.

Though he was an introvert and physically small, he didn’t sit still for the bullying.  Musk took karate practice and learned wrestling to defend himself.

In 1983, at the age of only 12, Elon Musk had learned computer programming. He built a video game titled, Blastar, which he sold to Spectravideo for $500.

At age 17, he still lived in South Africa. He knew his life wasn’t meant to be there, so he moved to a new country to better his chances of transitioning his career. He choose to attend Queen’s University in Ontario, Canada.

Musk chose to earn 2 undergraduate degrees at the University of Pennsylvania: economics and physics. Most people only choose to earn 1 degree, but he knew that having 2 would better his chances. Musk had planned to work in physics at a particle collider, but funding for the project dried up.

Wanting to earn advanced degrees, Musk moved to California for a Ph.D at Stanford University at 24 years old. However, he quit 2 days into the program again, knowing that wasn’t where he needed to be.

As you can see from his early timeline here, Musk moved decisively to make job transition changes when he faced setbacks in his career path.

Musk has a pattern of being proactive when confronted with challenges and setbacks.

When Musk faced setbacks in his job transition, he developed the mindset to move decisively to make course corrections.

If he hadn’t quit Stanford, he might never have moved to Silicon Valley to take advantage of the internet boom.

He wanted to work at Netscape in 1995, but was too shy to get a job there, and just hung around in the lobby for a day, never filling out an application.

He decided he needed to do his own entrepreneurial venture. By 1999, he had used his coding skills to start Zip2, which sold to Compaq and later X.com, the platform that powers PayPal.

His eCommerce platform sold to eBay for $1.5 Billion and 11% in stock in 2001, which gave him the resources to pursue his interest in computer-aided energy efficiency

You have to wonder, if Netscape (no longer in business except as Firefox) had hired Musk in 1995, he might have never found his Career Destiny!

He might have been swallowed up by corporate inertia instead of coding Zip2 and X.com. As a result, he would have never built 2 companies that financed SpaceX and Tesla, and made him a millionaire by 2000 and then a billionaire by 2013.

Once he launched Tesla, Musk transitioned to manifest his career destiny

How coming up with alternative solutions like Musk did, can guide you to a smart job transition

The key takeaway we can take from Musks job transitions is in each case of a setback, Musk proactively took alternative routes and built solutions.

Musk assessed that he was valuable, but working for a corporation was not the best application of that value. He used his talents to carve his own path towards the industry leader in energy-efficient batter storage and computer-aided transportation.

So if you are frantic about your job transition transition, making a career switch or intimidated by a a new midlife career change, fear not.

Even super successful entrepreneurs have big setbacks along the way that lead to successes. Remember, Musk was near bankruptcy founding Tesla in 2003 until angel investors swooped in.

The key takeaway we can take from Musk’s job transitions? In each case of a setback, Musk proactively took alternative routes and built solutions.

The important takeaway here is to be driven to manifest a strong mindset to power you through job transition setbacks.

Your path will be different from Musk’s of course.

But if you are driving towards what you are meant to do and if your mindset is proactive in your response to setbacks and change, you can persevere. You can cooly assess your situation before making your next career moves.

Larry LaFata is founder of defineyourcareer.com, a site dedicated to help you discover your Career Destiny, regardless of your background, education or experience. His innovative courses include Define Your Career Destiny one week home study course and a two-hour Career Destiny Workshop for Friends.